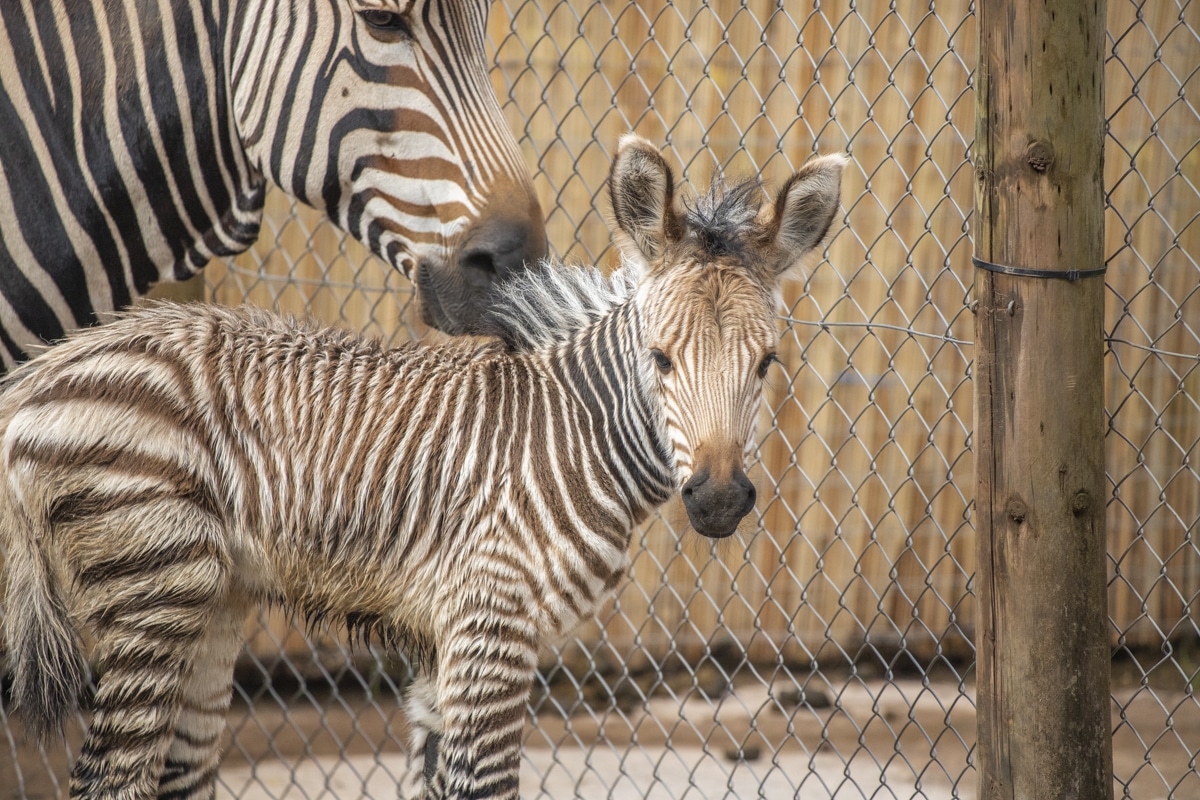 Lisa Britton, Curator of Mammals at Paignton Zoo said: “This new arrival is great news. The Hartmann’s zebra is classed as vulnerable because its population is susceptible to decreasing, so this is a great achievement not only for Paignton Zoo, but for the species as a whole.”

A single foal is born after a gestation period of 364 to 391 days. The foal will remain with the mum and have a very close bond, she will be fully weaned by 10 months of age.

Native to Africa, zebras are distinctive single-hoofed mammals that live in herds. There are several species of zebra found in the wild and each zebra’s stripes is completely unique.

Hartmann’s mountain zebra, found in Namibia, are classed as Vulnerable on the IUCN Red List of threatened species. Humans are the biggest threat to zebra populations; hunting and habitat destruction are to blame for their decline. Zebras are also threatened by droughts and other extreme weather conditions, loss of genetic diversity caused by inbreeding due to a small subpopulation, and competition with livestock for food.

There is a European Endangered species Programme (EEP) for this zebra with 100 individuals in European collections.