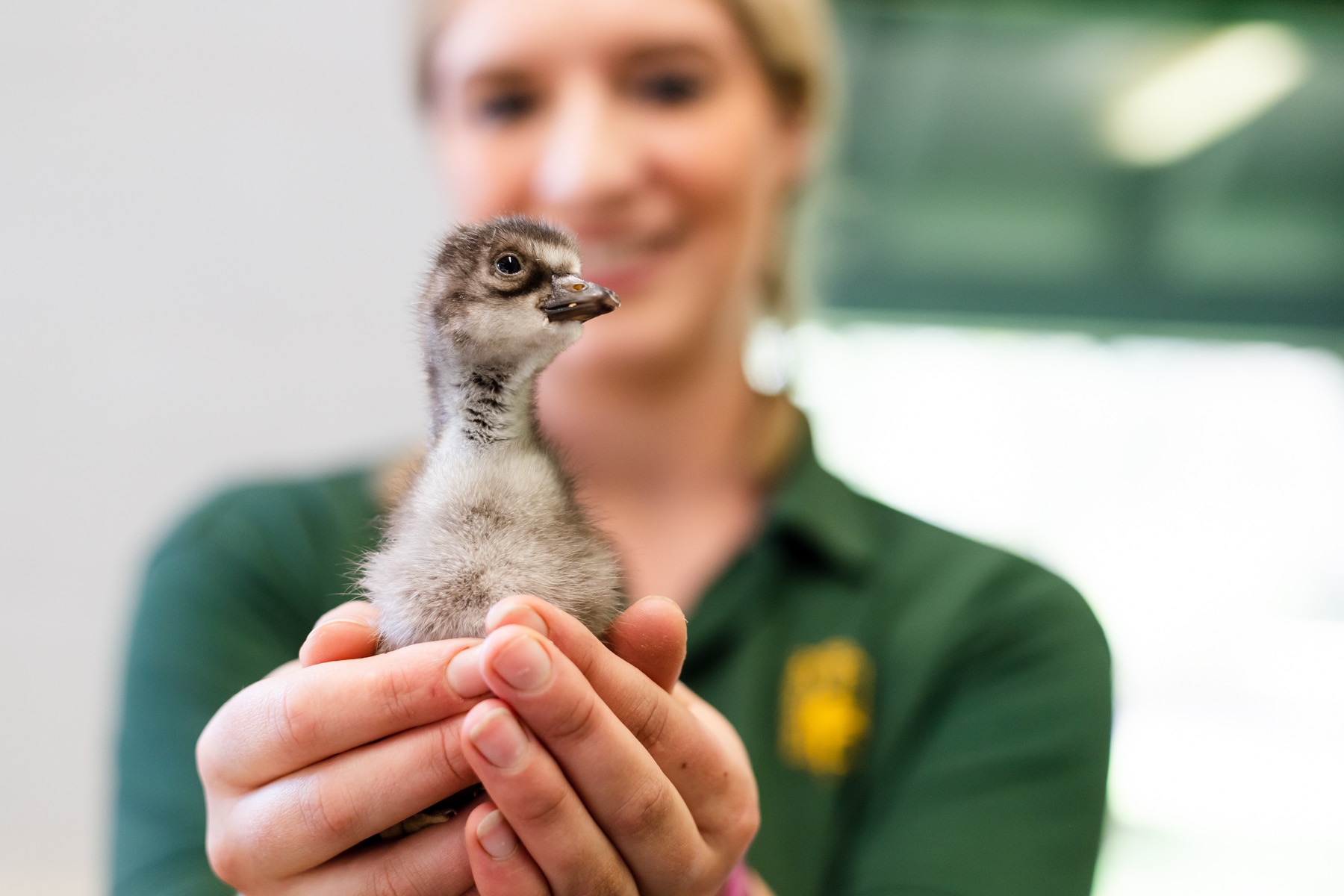 Two ne-ne have hatched at Paignton Zoo in Devon. But what-what is a ne-ne?

It’s a species of goose – one of the rarest in the world. Found on the Hawaiian Islands, the Hawaiian goose or ne-ne is named after its call, a soft neh-neh sound.

It’s officially classed as Vulnerable by the International Union for the Conservation of Nature. Paignton Zoo is home to eight adult ne-ne as well as these two goslings.

It’s believed that it was once common, but human activity put paid to that. The ne-ne is the official bird of the state of Hawaii.