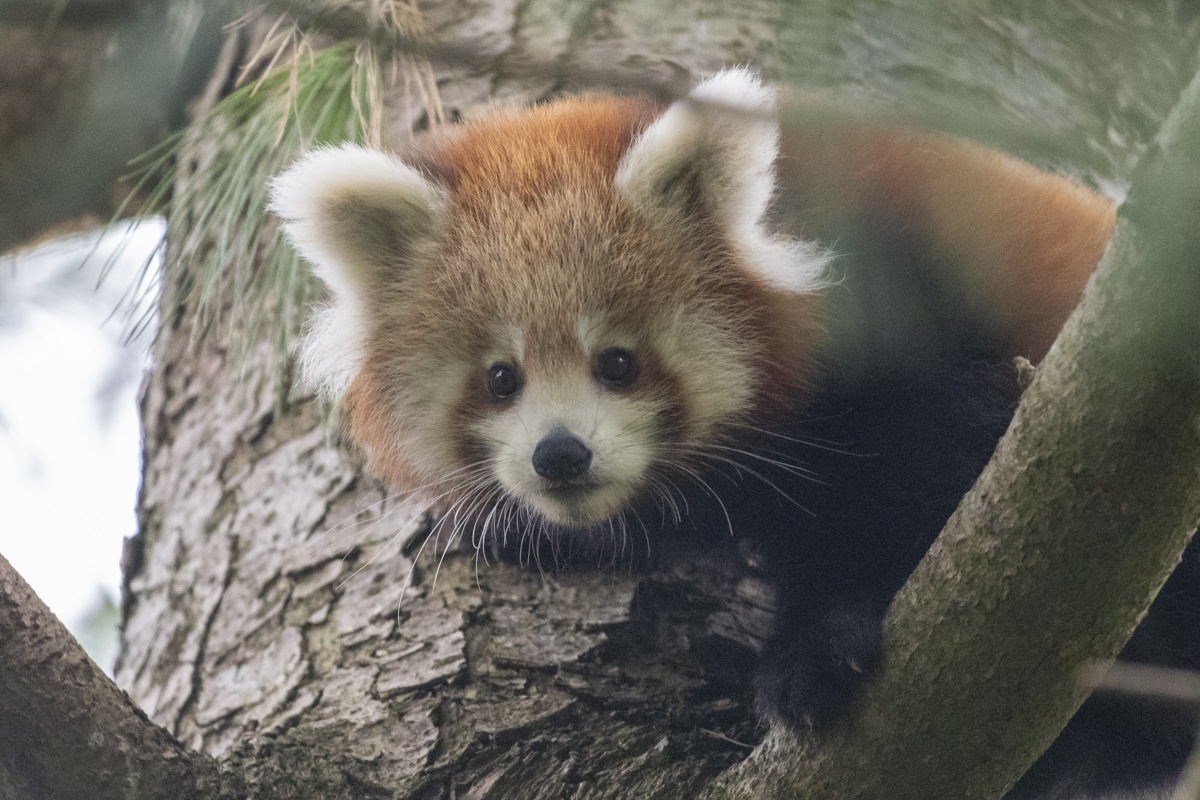 Two female red panda cubs were born at Paignton Zoo on 16th June to first-time mum, Ember. The cute new additions, who have been named Riya and Esha, have spent the first few months of their lives tucked away in their nest box with their mother. As they begin to gain more confidence, the cubs are slowly starting to take their first steps into public view.

When red panda cubs are born their fur is completely white, and as they grow it begins to darken to the unmistakable fiery red colour that can be seen on Riya and Esha, pictured. The red pandas’ diet consists mostly of bamboo, which is supplemented with vegetables and dry feed pellets at Paignton Zoo.

In the wild, red pandas are found in deciduous and coniferous forests of the eastern Himalayan Mountains and south-western China. They are incredible climbers and are very at home in the trees – just remember to look up for a flash of red fur among the leaves when you visit their enclosure.

The birth of these cubs is particularly exciting since red pandas are classed as Endangered on the IUCN Red List: there are thought to be no more than 10,000 mature individuals remaining in the world. Their numbers are declining due to poaching for fur and pet trades, competition from domestic livestock, and loss and fragmentation of habitat through deforestation. Ember is part of the EAZA ex-situ breeding programme (EEP) for the species.