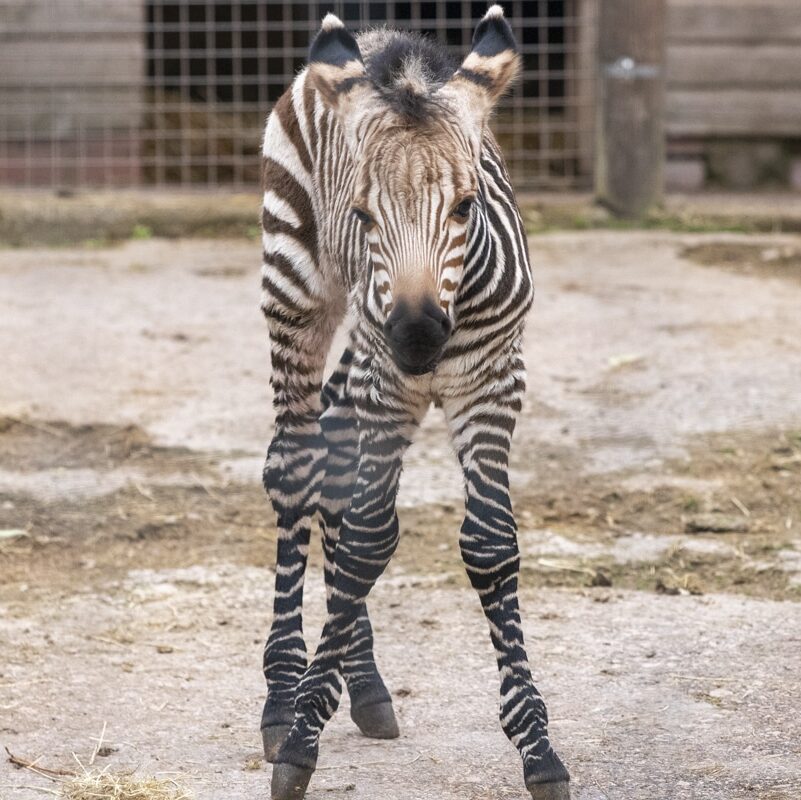 Paignton Zoo are excited to announce that a female zebra foal was born on Thursday 18th November, making this the second foal born this year at the zoo. Eight-year-old mum Leila and 5-year-old dad Jabali both arrived at Paignton Zoo in 2019: Leila from the Czech Repulic and Jabali from Blackpool Zoo. Jabali fathered Paignton Zoo’s other foal, Tamali, earlier in the year, and exactly 5 months later welcomed another addition.

The foal was able to walk and run within a few hours of its birth, meaning that some lucky guests at Paignton Zoo were able to see the foal up and about on the day it was born.

Hartmann’s mountain zebras, like those found at Paignton Zoo, are classed as Vulnerable on the IUCN Red List with less than 35,000 mature individuals left in the wild. They have a very small range today, only found on mountains and hills in South Africa, western Namibia and southwestern Angola. This species is hunted for its skin and meat and is also at risk of a severe decline in the case of drought, like that which decimated the population in the 1980s.

Clare Rugg, Head of Conservation Services at Paignton Zoo, said: “The arrival of a second zebra foal in 2021 is wonderful news for our herd, who are part of an international breeding programme. The pressures of agriculture, hunting and climate change have severely affected the species, so the newest addition is also good news for the population as a whole.”

The foal can be seen alongside her mother Leila in their enclosure opposite the giraffes at Paignton Zoo. She will stick by mum’s side for up to 16 months, with the opportunity of growing up alongside half-sister Tamali.

Paignton Zoo is part of Wild Planet Trust, a conservation and education charity that works to protect biodiversity and help halt species decline.