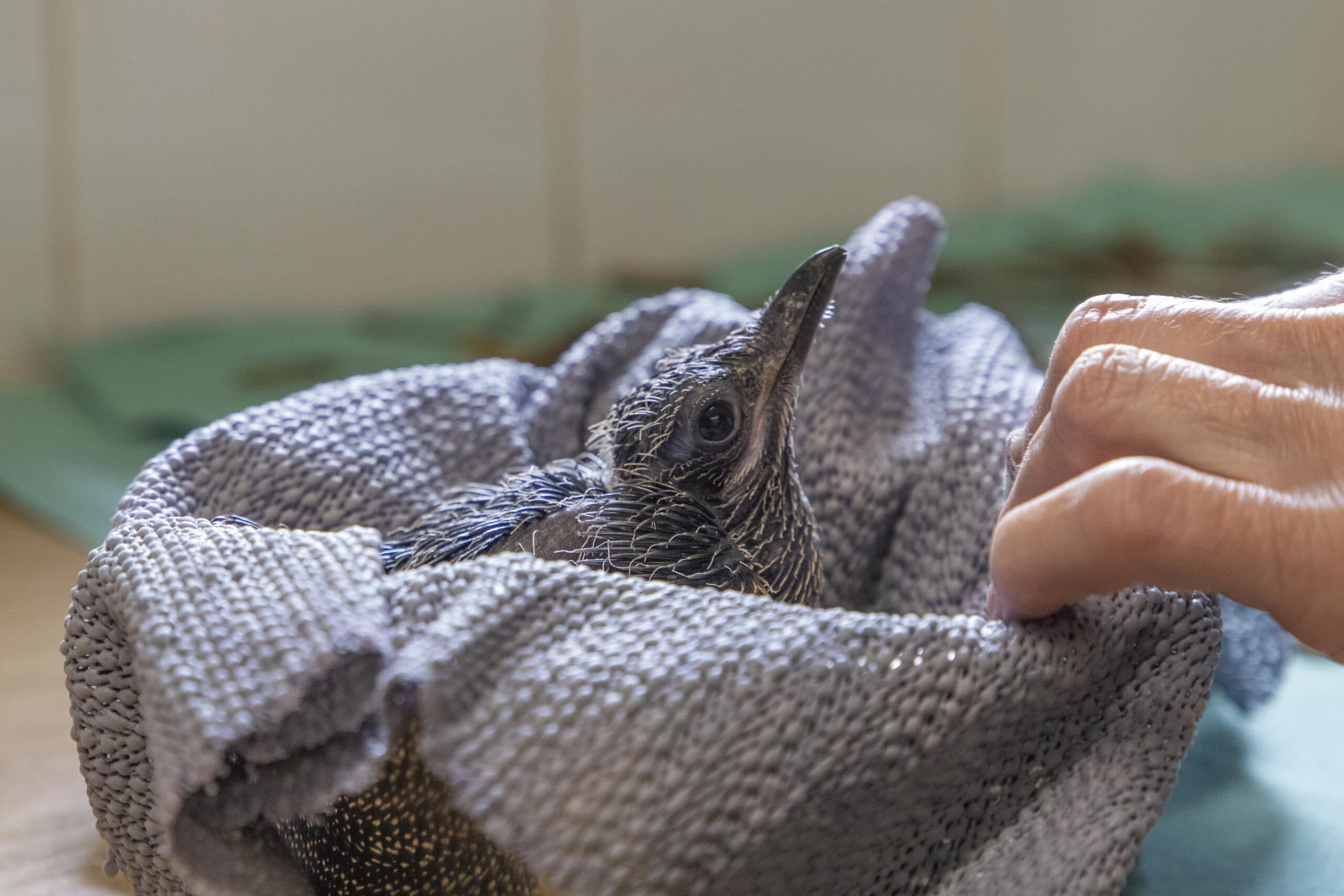 Paignton Zoo is celebrating a very important, breeding success this Spring with the arrival of a roadrunner chick.

When the word ‘roadrunner’ is mentioned, many people of a certain generation will think of the popular Looney Tunes cartoons. However, in the non-cartoon world this term refers to the ‘Californian earth-cuckoo’ – better known as the greater roadrunner.

Paignton Zoo is the only zoological collection in the UK to currently house this bird. The young adult birds both arrived in South Devon from Royal Burgers’ Zoo in Arnhem, Netherlands – the male in March 2019, and the new female in December 2020.

This chick hatched on 2nd May, and to give it the best chance of survival, the decision was made to hand-rear. For those vital first days, the chick was fed every few hours until 10pm in the evening, but at ten days old onwards, it received up to four feeds a day.

Steve Nash, Curator of Birds & LVI said: “We’re beyond thrilled to have bred the roadrunners for the first time ever at Paignton Zoo. This species usually forms monogamous pair bonds, with the male and the female working together to construct their nest.”

He continued: “They are a fascinating bird and a chick only takes between two and three weeks to fully fledge. Perhaps this fast development process also reflects their speedy nature! We remain hopeful that the adult pair will be able to rear their own chicks in the future.”

The greater roadrunner is native to dry scrubland areas across south-western America and northern Mexico. Even though they are able to fly, they spend most of their time on the ground, clocking speeds of up to 32km per hour.

Other than ACME rockets and persistent coyotes, the main threats to wild roadrunners today are habitat loss and predation by domestic cats. Although their numbers have declined in recent years in some areas, roadrunners are currently considered to be of Least Concern on the IUCN Red List.