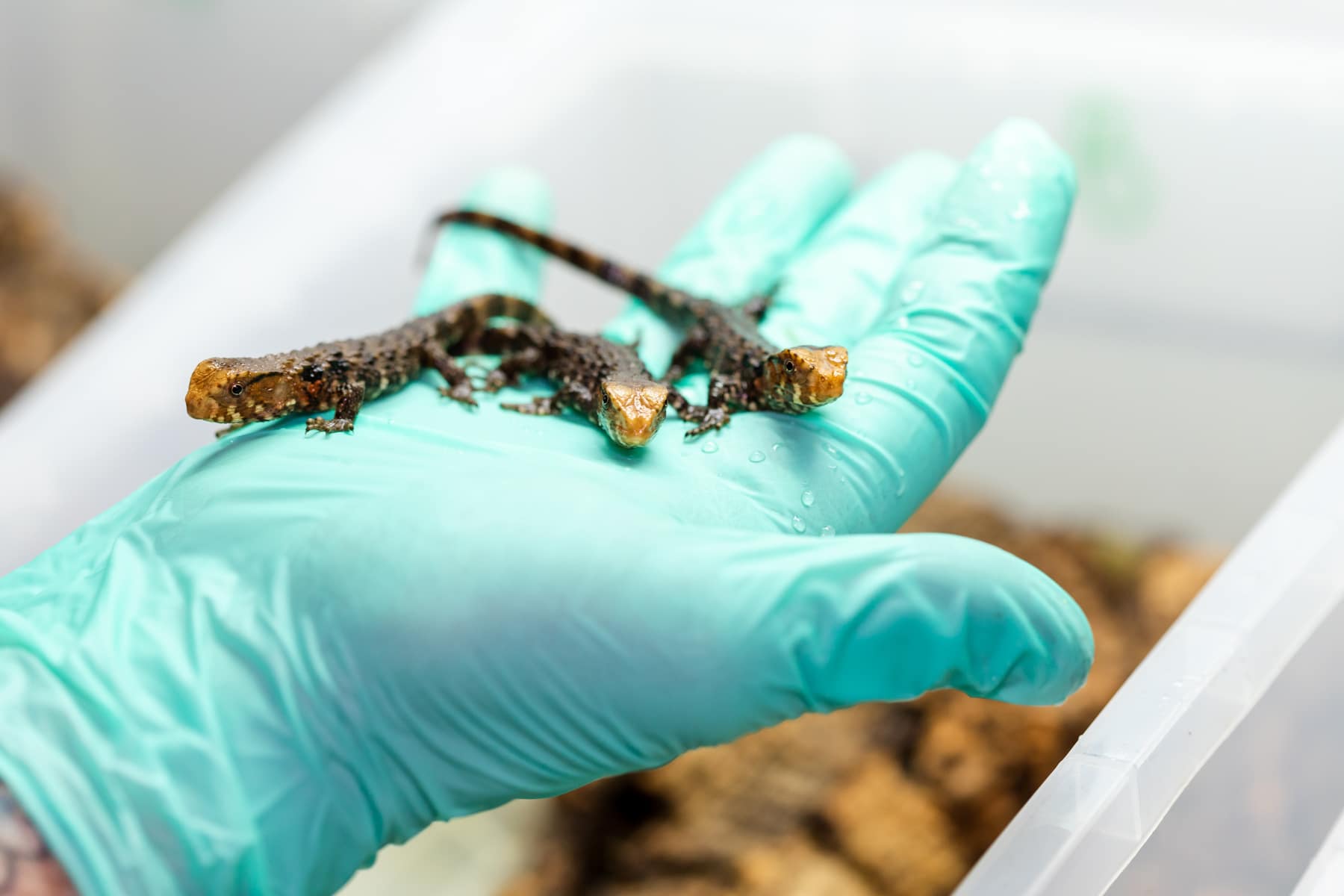 Paignton Zoo in Devon has bred three very special – and very beautiful – youngsters. Keepers are hand rearing a trio of Chinese crocodile lizards. In 2018, Paignton Zoo became the first major zoological collection in the UK to breed this species.

You may not be familiar with the Chinese crocodile lizard. It’s not surprising; this small, semi-aquatic lizard is found only in the provinces of southern China and northern Vietnam. It’s listed as Endangered on the IUCN Red List due to severe population declines and habitat threats.

They grow to around 40 to 46 centimetres (16 to 18 inches) in length and can be very colourful, with yellow, orange and red patterning and delicate bands of light and dark. Jay Redbond, Paignton Zoo’s Assistant Curator of Lower Vertebrates and Invertebrates, said:

“The key to success with reptiles is having a good breeding pair and giving them suitable seasonal variations in temperature and humidity. We have a good semi-naturalistic setup with a large area of water.”

The three have been separated from the parents to rear individually. “This means we can keep track of the individuals as they grow and also gives us a much better chance of getting them all through to adulthood. This way, we can give them individual care so they are not competing with each other.”

The current breeding pair are on loan from Whipsnade Zoo and will return there later in the year, but Paignton Zoo will keep the babies. The species is not currently on show, but Jay has plans: “I want to develop a Vietnam focused exhibit in the entrance to Reptile Tropics for 2021 which will be perfect for when the babies are bigger.”

The Chinese crocodile lizard (Shinisaurus crocodilurus) has bony scales down its back and a muscular tail that resembles that of a crocodile. It’s likely just a few hundred survive in the wild in China and Vietnam. Habitat loss is a major threat and illegal collection is rife.