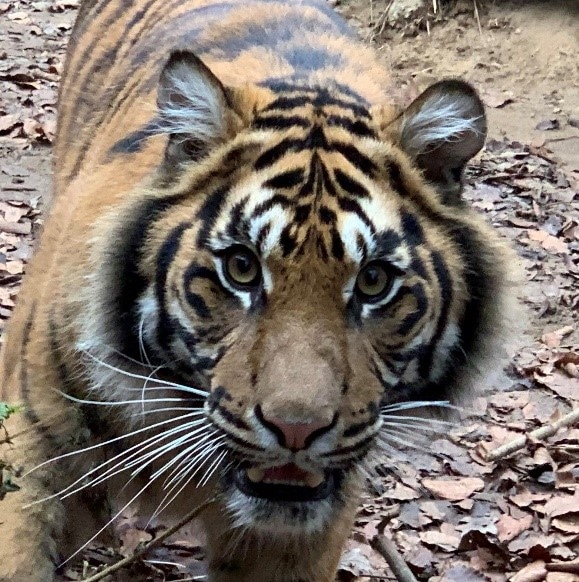 Sisters Padme and Carrie, who are expected to arrive at Paignton Zoo later this week, are just under two years of age and from the same litter. They are going to the zoo as part of a European ex situ population management programme (EEP) recommendation, which is overseen by ZSL London Zoo. After Lucu left Paignton go to Edinburgh Zoo, as it was important that for the future of the EEP species in captivity, a young pairing of tigers were made. Paignton Zoo holding two females still supports the EEP and allows the continuation of the breeding programme.

Regular visitors to the zoo will spot the new stripy residents housed in the old lion exhibit, with the lions being moved to the old tiger paddock. The switch of enclosures has been made ahead of the arrival of two new lionesses for our male, Yali, who are expected to arrive from Cotswold Wild Park early in the New Year. It has enabled the zoo to do some work in the paddocks, such as pond works and on the shelters.

Sumatran tigers are the smallest of all tigers and are native to the Indonesian island of Sumatra. Their stripes are closer together and their fur darker than other subspecies, allowing them to better blend into their tropical rainforest habitat. Sumatran tigers are Critically Endangered due to poaching and habitat loss, primarily for palm oil plantations. Sadly, fewer than 400 Sumatran tigers are estimated to remain in the wild.

Paignton Zoo is part of Wild Planet Trust. They are both registered charities striving to conserve species and habitats, and to inspire and empower people to help in the fight to protect wildlife. For more information visit www.paigntonzoo.org.uk and www.wildplanettrust.org.uk.