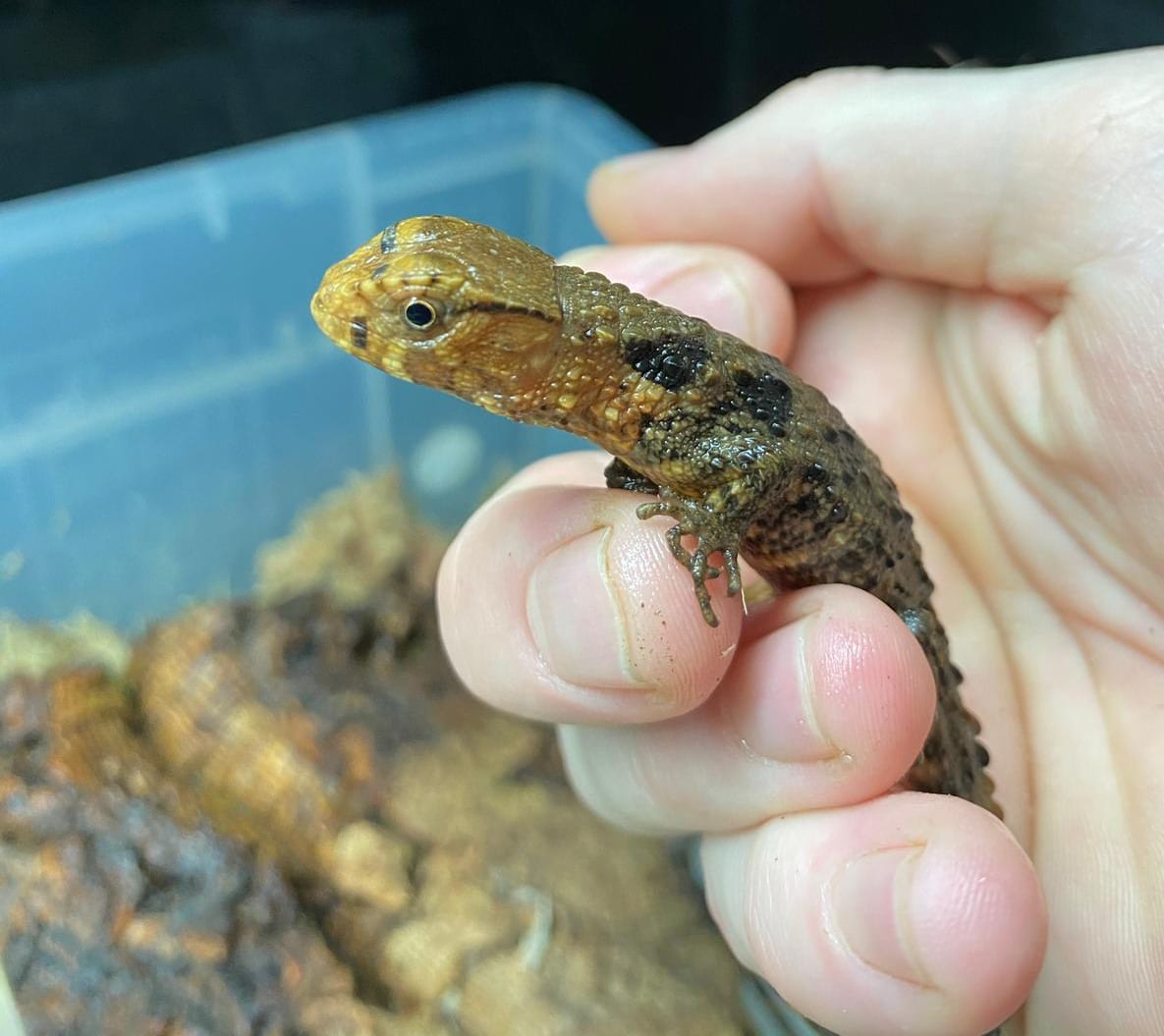 Scientists believe that there may be less than 1,000 of these lizards left in the wild in China, with habitat loss, climate change and over collection posing a serious threat to their continued survival.

As well as being one of Paignton Zoo’s most unique-looking reptile residents, they are also one of the most unusual in terms of their behaviour. In their native range, they are known as the ‘lizard of great sleepiness’ after their habit of lying motionless on branches overhanging water and hibernating in cool weather. In the past, this behaviour also led to them being captured for use in traditional medicine as a supposed cure for insomnia!

As well as being a bit sleepy, they’re also semi-aquatic and spend a lot of time in the water. They are excellent swimmers and can hold their breath underwater for long periods of time.

Unfortunately, their unusual appearance has made them popular targets for the illegal pet trade, and this, alongside pollution and habitat loss is having a dramatic effect on wild populations. Climate change is another growing threat.

Despite their name, crocodile lizards do not just come from China; a small population also lives in neighbouring Vietnam. Sadly, these lizards are under even greater pressure, with only around 100 animals thought to survive. Wild Planet Trust has been working for several years with conservation organisations in Vietnam to help secure the future of some of the regions incredible wildlife.

Steve Nash, Curator of Birds, Lower Vertebrates and Invertebrates: “We’ve been working with crocodile lizards here at Paignton Zoo since 2017, although 2020 was our most successful in terms of breeding, with a total of 8 births. Female crocodile lizards give birth to live young and can have anywhere between 2 and 12 babies at a time. Our first litter, born in the spring, contained 3 babies, with another 5 appearing in October.

“Guests will be able to see some of our new arrivals when Tropical Trails, the new name for Reptile Tropics reopens later this year. Our reptile team are busy planning their new home and we look forward to showing off these incredible lizards.”

Paignton Zoo is part of Wild Planet Trust. They are both registered charities striving to conserve species and habitats, and to inspire and empower people to help in the fight to protect wildlife. For more information visit www.paigntonzoo.org.uk and www.wildplanettrust.org.uk.