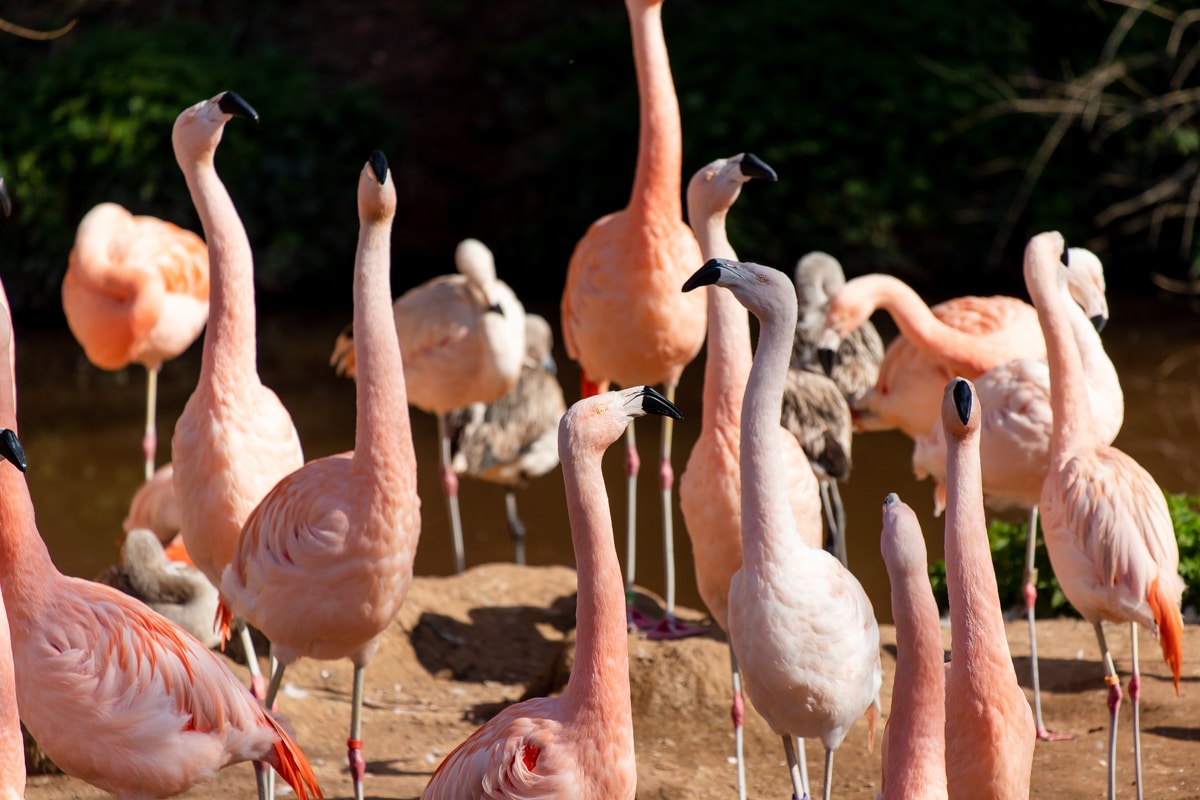 Ever wondered why birds have an extra spring in their step at this time of year Why their song is more amplified or why their moves are more advanced Paignton Zoo part of Wild Planet Trust has undertaken many studies into this phenomenon and has unearthed some unusual facts about flamingos.

“As the days lengthen and the UVA levels strengthen it triggers an instinctive response in birds to breed Our male flamingos demonstrate this through the power of dance They dance to attract a female mate and its estimated that older male flamingos have a repertoire of over 130 different moves including the head flag the wing salute the inverse wing salute and the wing-leg stretch among many others” said Steve Nash Curator of Birds and LVI at Paignton Zoo.

He continued “Its also not just dance moves that attract the ladies female flamingos will select a mate based on how pink he is The more pink a male is the more desirable he becomes.”

The colour of flamingos feathers is linked closely with their food A pinker male flamingo is able to show that theyre better at foraging This shows to females that they would be a great choice of mate as both partners play a role in feeding their chick When rearing chicks both parents produce a red coloured crop milk to feed their baby Because they have to feed themselves as well as their baby parent flamingos become paler as the chick gets older In other words rearing young literally drains the colour out of flamingos.

Once the breeding season is over Paignton Zoo is hopeful for flamingo chicks later this year Females typically lay one egg and it takes arounds 30 days to hatch To find out more about flamingos breeding season why not take a visit to Paignton Zoo or check out their Facebook page for more updates.