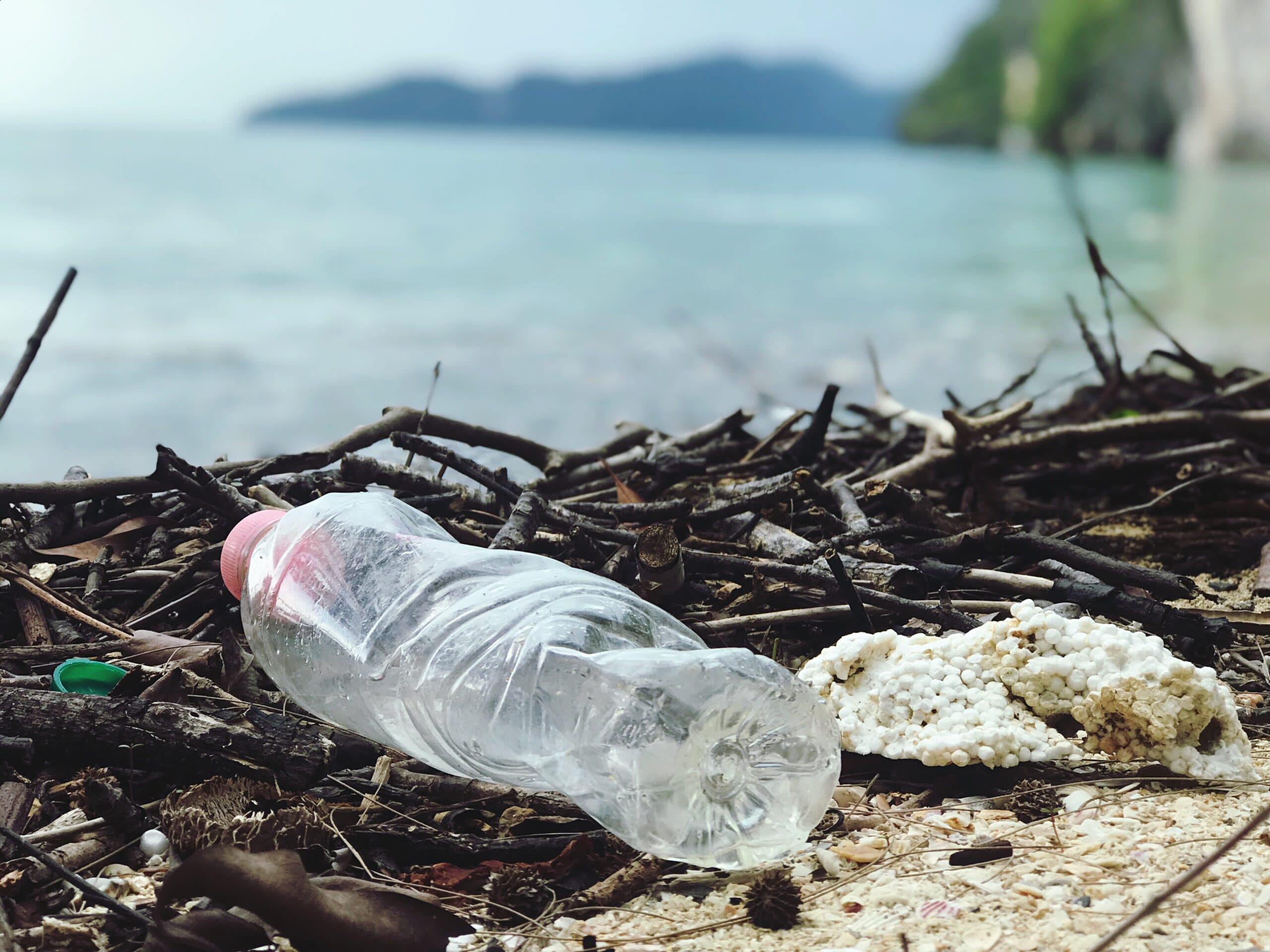 Once humanity learnt how to turn brown sticky goo into plastic, this cheap, sterile, convenient and revolutionary new invention changed our lives. This wonder of technology though, got a little out of hand. It’s needless to say that plastic has saturated our environment, it has found its way into the food chain and has worked its way up from the animals that we eat to us!

So, what is plastic? Well, its invention over 100 years ago changed our world. Plastic is made from polymers – long repeating chains of molecule groups. Now, polymers can be found naturally in the walls of cells, silk, hair, insect carapaces and DNA, but synthetic polymers, made from crude oil, proved revolutionary. These modern synthetic polymers have extraordinary traits. They are lightweight, durable and can be moulded (and printed) into almost any shape.
Cutting down on manual work, plastic can easily be mass-produced and the raw materials are readily available in huge quantities. These factors make plastic production incredibly cheap too, thus the era of plastics began.

Bakelite (polyoxybenzylmethylenglycolanhydride), named after Belgian-American chemist Leo Baekeland, was used for mechanical parts. PVC (polyvinyl chloride) is used for plumbing and electrical components, cases and gears. Acrylic is a shatter resistant alternative for glass and nylon for stockings, rope and other flexible materials and the list goes on and on.
Besides the examples above, you will find that most modern items are made with some form of plastic: our clothes, phones, computers, furniture, appliances, houses and cars. Plastic has long stopped being a revolutionary material and is now regarded simply as rubbish. Coffee cups, plastic bags, or food packaging. We don’t think about this fact all too much, plastic just appears and goes away. But… it doesn’t.

Most synthetic polymers are much more durable than natural polymers, as a result plastic takes between 500 and 1000 years to break down. Despite this fact, we collectively decided to use these super tough materials to make things meant to be thrown away. 40% of plastics are used for packaging. In the US, packaging material makes up one 1/3 of their annually generated waste.
Since the start of this plastic age, we have produced a staggering 8.3 billion metric tons (approx.) of plastic as of 2018. 335 million tons of which was in 2016 alone. More than 6.3 billion metric tons of plastics have become waste since 1907. This begs the question, what do we do with all of this waste?

The rest (79%) is still here, a lot of it has ended up in our oceans, where around 8 million tons is added each year. That amount is so much that plastics will outweigh all of the fish on earth by the year 2050. Much of this plastic is harming our sea life and connected ecosystems. In 2015, 90% of seabirds had eaten plastics of some form. Many animals die from starvation as a result of stomachs full of indigestible plastic material.
In 2018 a dead sperm whale washed up in Spain. This gentle giant of the seas had eaten 32 kilos of plastic bags, nets and a drum. So, plastics are effecting turtles, birds and whales – so what? Well, if stories about beloved marine creatures dying isn’t enough, there are worse forms of plastic that are having as much if not more of an effect. These effect you too.

Microplastic – Microplastics are pieces smaller that 5 millimetres. These could be found in some cosmetics in the form of micro beads – until banned in certain countries. Most microplastics are a result of floating plastic waste that is constantly exposed to UV radiation that crumbles into smaller and smaller pieces. An estimated 51 trillion such particles float in the ocean in just the right sizes to by digested by yet more smaller marine creatures.
This has raised concerns among scientists, about potential health risks from the chemicals that are added to plastic. BPA for example, makes plastic bottles transparent, however, there is evidence that it interferes with out hormonal system. DEHP makes plastics more flexible, but may cause cancer.

If this is indeed the case, then that is pretty bad news as these toxic microplastics travel up the food chain. Zooplankton eat microplastic, small fish eat zooplankton, so do oysters, crabs and predatory fish and the all land on our plates. Microplastics have also been found in honey, sea salt, beer and even tap water. You may even be breathing them in as there are microplastics in the dust around us. 8 out of 10 babies and almost all adults have measurable amounts of phthalates, a common plastic additive in their bodies.
93% of people have BPA in their urine. Whilst there is little science so far measuring the long term effects of this, it is interesting to know that even our own bodies are polluted just as our planet is.

There is no doubt that the plastic problem is a little out of control, so we should outright ban them… right? Well, yes… but actually no… it’s complicated.

Plastic pollution is just one of many environmental challenges we face. Some of the substitutes we would use for plastic actually have a higher environmental impact in other ways. For example: according to a 2018 study by the Danish government, making one single-use plastic bag requires so little energy and produces far lower carbon dioxide emissions compared to a reusable cotton bag, that you need to use your cotton bag 7100 times before it would have a lower impact on the environment than the plastic bag. Therefore, we are left with a complex process of trade-offs. As everything has an impact somehow and it is hard to find the right balance.
Plastic also helps solve problems that we do not have very good answers for now. Currently, one-third of all food that’s produced globally is never eaten and ends up rotting away on landfills where it produces methane. And the best way of preventing food from spoiling and avoiding waste is still plastic packaging.

So where is all of this plastic waste coming from?
90% of all plastic waste is entering the ocean through just 10 rivers in Asia and Africa. The Yangtze in China flushes 1.5 millions tons of plastic into the ocean each year (As of this year China has unveiled a major plan to reduce single-use plastics across the country.
Non-degradable bags will be banned in major cities by the end of 2020 and in all cities and towns by 2022). Countries like China, India, Algeria or Indonesia industrialised rapidly in the past few decades, transforming the lives of billions of people. This increased production capacity outpaced the waste disposal infrastructure leading to a build-up of non-processed or recycled plastic waste. This makes clear that investing in infrastructure in developing nations is just as important as fighting plastic pollutions at home with campaigns and plastic reduction schemes.

As long as we continue to face this global problem we will act on a global scale. Plastic pollution is a complicated problem but your daily actions have a huge impact. What you do matters! Refuse disposable plastics. Convince friends and family to take the same action as you. Pressure companies and politicians to take the necessary steps to keep our oceans clean and our foods safe. We can beat plastic pollution together!