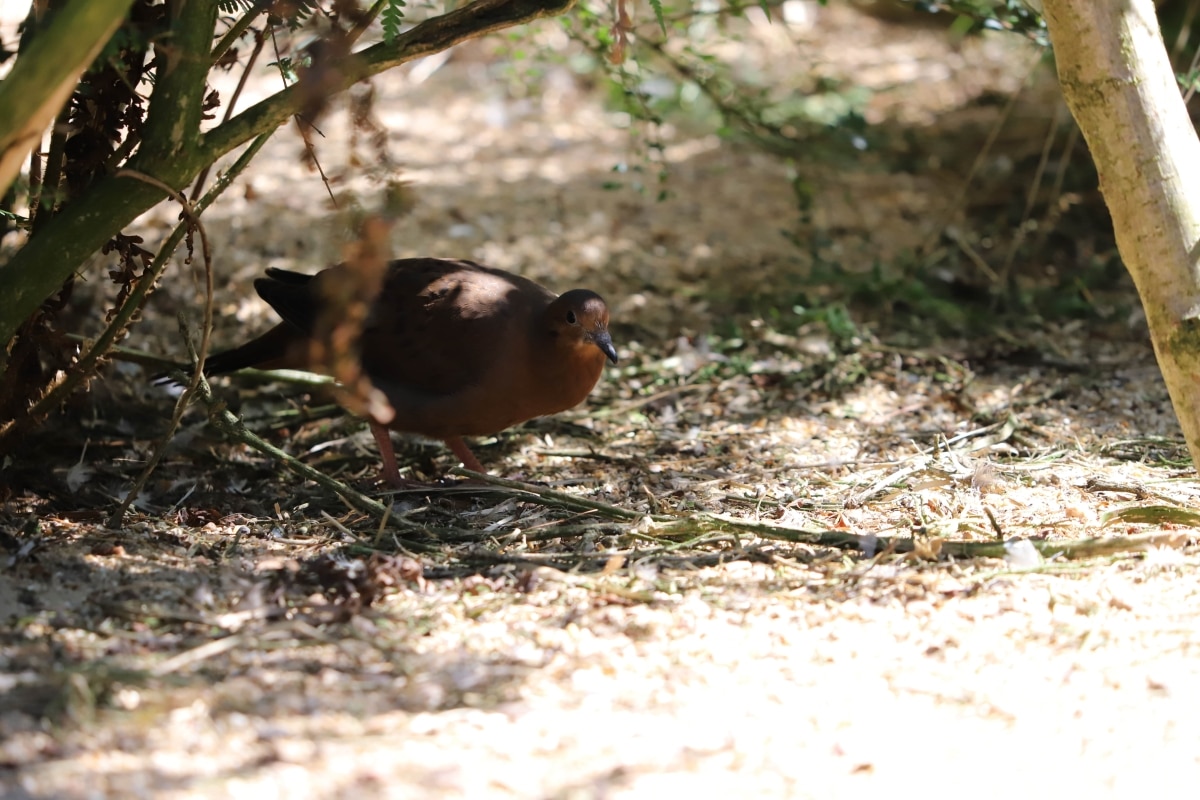 The Bird team at Paignton Zoo have successfully managed to breed a very special species.

Paignton Zoo is now home to not just one, but two, Socorro dove fledglings. This is a particularly important progression, as the Socorro dove (Zenaida graysoni) is classified as a species that is Extinct in the Wild today. The bird was endemic to Socorro Island, off the west coast of Mexico. The last sighting of this dove in its natural habitat was in 1972.

Male Socorro doves are a deep rusty-brown colour on their head and underparts, with a blue-grey nape. Females and juveniles tend to have a slightly duller colouration.

The two parent doves arrived at the zoo from Europe last year, as part of the European Endangered species Programme (EEP) for this species. In European zoos there are only around 90 individual doves in 31 different zoological collections.

Socorro doves are notoriously difficult to breed, as quite often the parents do not incubate the eggs or rear the chicks successfully. The pair at the zoo have been very attentive to the eggs and then the chicks throughout and used a nest basket provided by keepers to build a good, stable nest within it.

The chicks hatched around 23rd June and have now both fledged in the Cottage Aviary, opposite the Parrot Flights area of the zoo. Both the male and female like to keep a close eye on their special chicks as they continue to develop.

In order to protect this beautiful species, this breeding is part of the European conservation effort to prevent complete extinction of the Socorro dove and hopefully work towards the reintroduction of future birds into the wild.