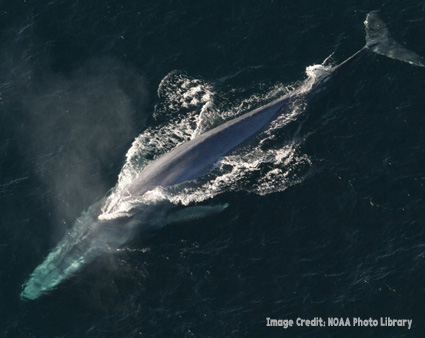 The largest living animal on our planet today is the blue whale (Balaenoptera musculus). These giants can measure upwards of 30 metres long, that’s longer than a London bus – and can weigh up to 190 tons. A true leviathan by every standard. But what other large animals are there? What is the world’s largest lizard or bird? Well, continue reading to find out exactly who they are.

First described in 1758 by Carl Linnaeus, the wandering albatross (Diomedea exulans) has a wingspan of 2.5-3.5 metres, making it the largest flying bird in the world. These winged giants have a circumpolar range, navigating the Southern Ocean and can cover 75,500 miles in one year. Amazingly, they can travel these distances with minimal flapping of their wings by utilising the wind and surface effect (more on that here). Whilst these birds are not the largest bird to have ever lived on planet earth, (that title goes to the extinct Pelagornis sandersi with a wingspan of 7.3 metres), the wandering albatross is today’s king of the skies. Unfortunately, the IUCN lists this species as Vulnerable to extinction, with the threats to this bird being longline fishing and plastics pollution.

The ostrich is the biggest terrestrial bird. These flightless, long-legged, long-necked oddballs also make the list. Their legs are strong and powerful, allowing running speeds of up to 31 mph. These birds you can visit at Paignton Zoo.

Placing first for world’s largest butterfly is the Queen Alexandria’s Birdwing (Ornithoptera alexandrae). The female’s wingspan reaches up to 11 inches. Females are the larger of the sexes in this species and are a mixture of browns in colour and markings, while the males are smaller and darker black and blue. This beautiful species was discovered in 1906 in the rainforests of Papua New Guinea. Today their range is restricted to the forests of the Oro Province in the east of the state. The IUCN lists this species as Endangered and is one of only three insects (all of which are butterflies) to be listed on Appendix I of CITES (Convention on International Trade in Endangered Species), making commercial and international trade of this species illegal.

Capybara (Hydrochoerus hydrochaeris) are the largest living rodent on earth today, standing at around 60 centimetres at the shoulder and weighing up to 65 kilograms. These magnificent rodents are much larger than their relatives, the mara and guinea pigs, and you’ll find them at home in their native South America. There you will find them both on land or wallowing in the water, where they are surprisingly good swimmers with their partially webbed feet. They often use the water to escape their top predator, the jaguar.

First of all, what is a bivalve? Bivalves are a class of marine and freshwater molluscs with two shells – these include clams, oysters, muscles and scallops, but the largest of them all is the giant clam (Tridacna gigas) – as if you couldn’t tell by the name! These massive molluscs reach lengths up to 1.2 metres and weight more than 220 kilograms.

Topping the list of largest fish is the whale shark (Rhincodon typus). These gentle giants are filter feeders that grow up to 12 metres long and can weigh up to 18.5 tons. The IUCN lists this species as Endangered. They are often caught in their native waters, the Atlantic and Indo-Pacific Oceans, in nests as bycatch. Interestingly, these sharks are the largest non-cetacean animal in the world.

The red kangaroo (Osphranter rufus) is the largest of all species of kangaroo and the largest marsupial in the world. They are also the largest terrestrial mammal native to Australia, where it can be found across the majority of the mainland. These kangaroos can reach up to 1.6 metres from head to rump with their tail reaching 1.1 metres long and can weigh around 90 kilograms. The males can cover 8–9 meters in one leap while reaching heights of 1.8–3 meters. At Paignton Zoo, we house the Western grey kangaroo; this species isn’t quite as large, but is another impressive marsupial.

The world’s largest lizard is a dragon… quite literally, the Komodo dragon (Varanus komodoensis). The males of this species reach up to 3 meters in length and weigh around 90 kilograms. Females are smaller and reach 1.8 metres. These dragons are native to the Indonesian islands, Komodo from which they get their name, Rinca, Flores and Gili Motang and are members of the monitor family Varanidae. At Paignton Zoo, you can meet our wonderful female Komodo dragon Khaleesi, who lives in the Crocodile Swamp exhibit at the top of the zoo.

With the largest of this species on record reportedly growing as large as some house cats, the goliath frog (Conraua gloliath) certainly lives up to its name. On average, these frogs grow to around 30 centimetres in length, weigh approximately 3.3 kilograms, and can jump an impressive 3 metres forward at a time.

For those who might not know, arthropods are spiders, insects and other invertebrates that have hard exteriors, these creatures form the largest group of animals of our planet. The largest of this group is the leggy Japanese spider crab (Macrocheira kaempferi). The largest specimen of this species was found to have a leg span of 3.8 metres.

The Chinese giant salamander (Andrias davidianus) is indeed a sight to see, considered a living fossil; these river monsters grow to 1.8 metres long and weigh up to 50 kilograms. This aquatic species is endemic to rocky mountain streams and lakes in the Yangtze River basin of central China and is considered Critically Endangered by the IUCN due to habitat loss, pollution and over collection. Unfortunately, these salamanders are considered a delicacy and are used in traditional Chinese medicine.

The world’s oceans are home to some of the largest creatures on our planet. The biggest of all jellyfish species is the lion’s mane jellyfish (Cyanea capillata). Surprisingly, some of these jellyfish can actually be quite small, at 1.3 centimetres in width. Some specimens, however, can be 2 metres across. It is not the body though that makes them largest jellyfish in the world. Their tentacles can reach staggering 15 metres in length.

The world’s largest bat is native to the Philippines – it is called the golden-capped fruit bat or the golden-crowned flying fox (Acerodon jubatus). Its wingspan can reach up to 1.7 metres and you’d think that these large bats would have a weight to match, but they don’t. This species only weighs about 1.2 kilograms. The IUCN lists this species as Endangered, which is largely due to habitat loss and hunting.

The world’s largest primate is listed as Critically Endangered by the IUCN, and there are fewer than 5,000 left in the wild today. We are talking about the Eastern gorilla (Gorilla beringei). These impressive creatures grow to around 1.9 metres tall and weighs about 205 kilograms. This species is native to the Democratic Republic of Congo, Rwanda and Uganda, and their threats include, poaching, habitat loss, civil unrest and disease.

Unsurprisingly the largest cephalopod on earth is a squid – the giant squid (Architeuthis dux) it is, of course, in the name. The body of these strange giants is around 2 metres long. However, the tentacles make these creatures a massive 18 metres long in total. Sperm whales prey upon these squid and often you can see evidence of these deep encounters on and around the whale’s mouths where the squid has left scratch and gouge marks in an attempt to escape.